It’sQA Invited to Run the 1000 Paper Cranes Projects at TEDxYouthCroydon 2015! 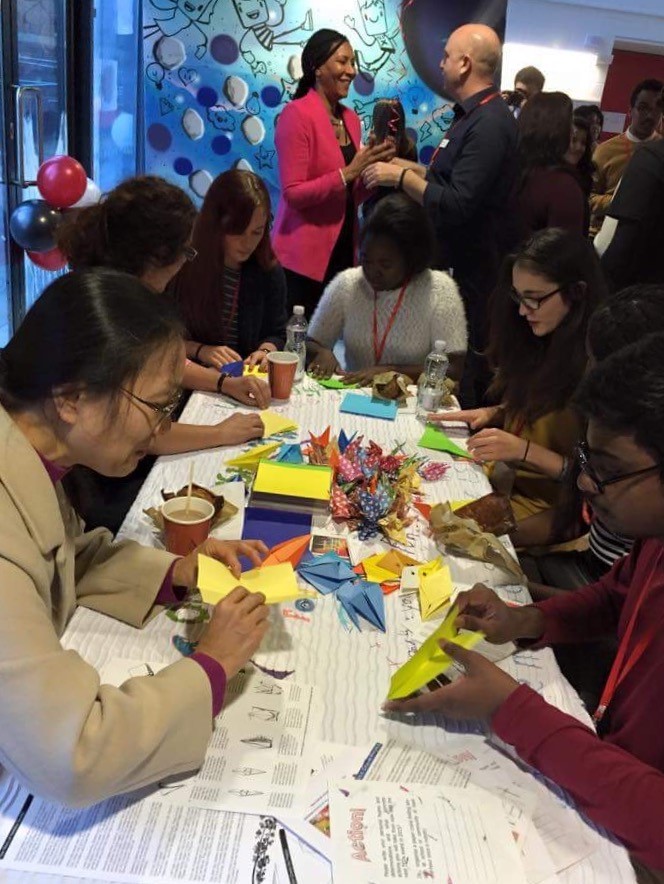 Last year, we were  proud to sponsor TEDxYouthCroydon, an annual event that provides a platform for young people to share their ideas and make a difference in their community and in the world.  It was so heart-warming to see these young people speak with such passion and conviction on their chosen subject.  The event offers individuals and organisations the chance to sponsor it, an opportunity we are not going to miss!  We had such a great time last year that we will be sponsoring TEDxYouthCroydon again this year, guaranteed to be even bigger and better than before!  The theme  this year is ‘Made in the Future’. 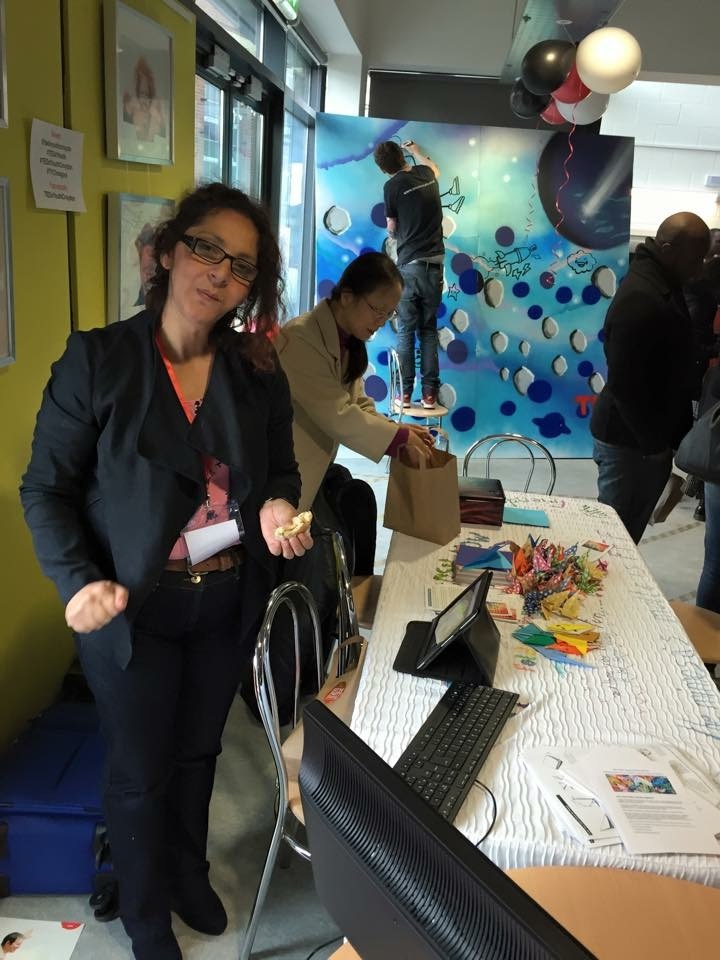 Not only does this sponsorship give us the chance to support such a worthy cause, it also gives us a platform to create awareness about the project that we, at It’sQA, have been passionate about.

The story of this project started with  a young girl called Sadako Sasaaki, whose statue stands at the Hiroshima Peace Park with her arms stretching towards the sky.  Sadako’s story is well-known throughout the world, as books in many languages have been published about this girl who died of leukemia at the age of 12 in 1955, ten years after the bombing of Hiroshima. While ill in hospital, Sadako attempted to fold 1,000 folded paper cranes, working on these until her death, in the belief that she would survive if she could achieve her goal.  As a result of her efforts, the paper crane became a symbol of peace – as shown by this video clip.

Since her death, visiting school groups from Japan and the rest of the world have placed thousands of strings of paper cranes around her statute in memory of her lost youth and the Hiroshima tragedy. Folding 1000 paper cranes has also been used in wider context – 1,000 paper cranes for 1,000 strangers!

We should reject the concept of nuclear  deterrence which is predicated on the readiness to sacrifice the lives of a great number of people. This is the fundamental solution to treat of nuclear weapons and must be pursued in the name of the right of all the world people to live...  Dr Ikeda’s peace proposal for 2015 reads: http://www.sgi.org/assets/pdf/peaceproposal2015.pdf 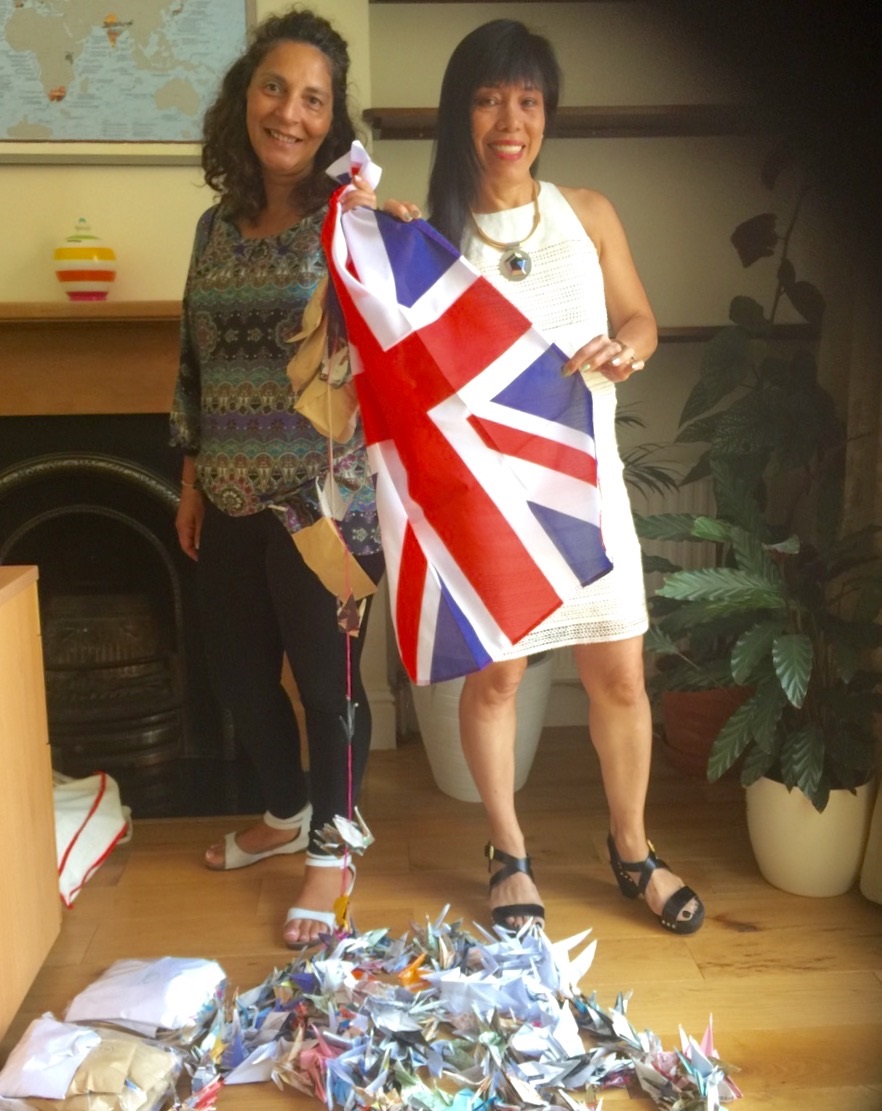 It’sQA founder, Piera Lukes, will be travelling to Japan in August to take over 2000 paper cranes folded in the South of London by TEDxYouthCroydon and others to the Peace Memorial ceremonies being held in Hiroshima and Nagasaki and to attend the 70th anniversary of the dropping of  nuclear weapons in these cities at the end of the World War II.  She is thrilled to be a part of something so special and holds this project close to her heart. 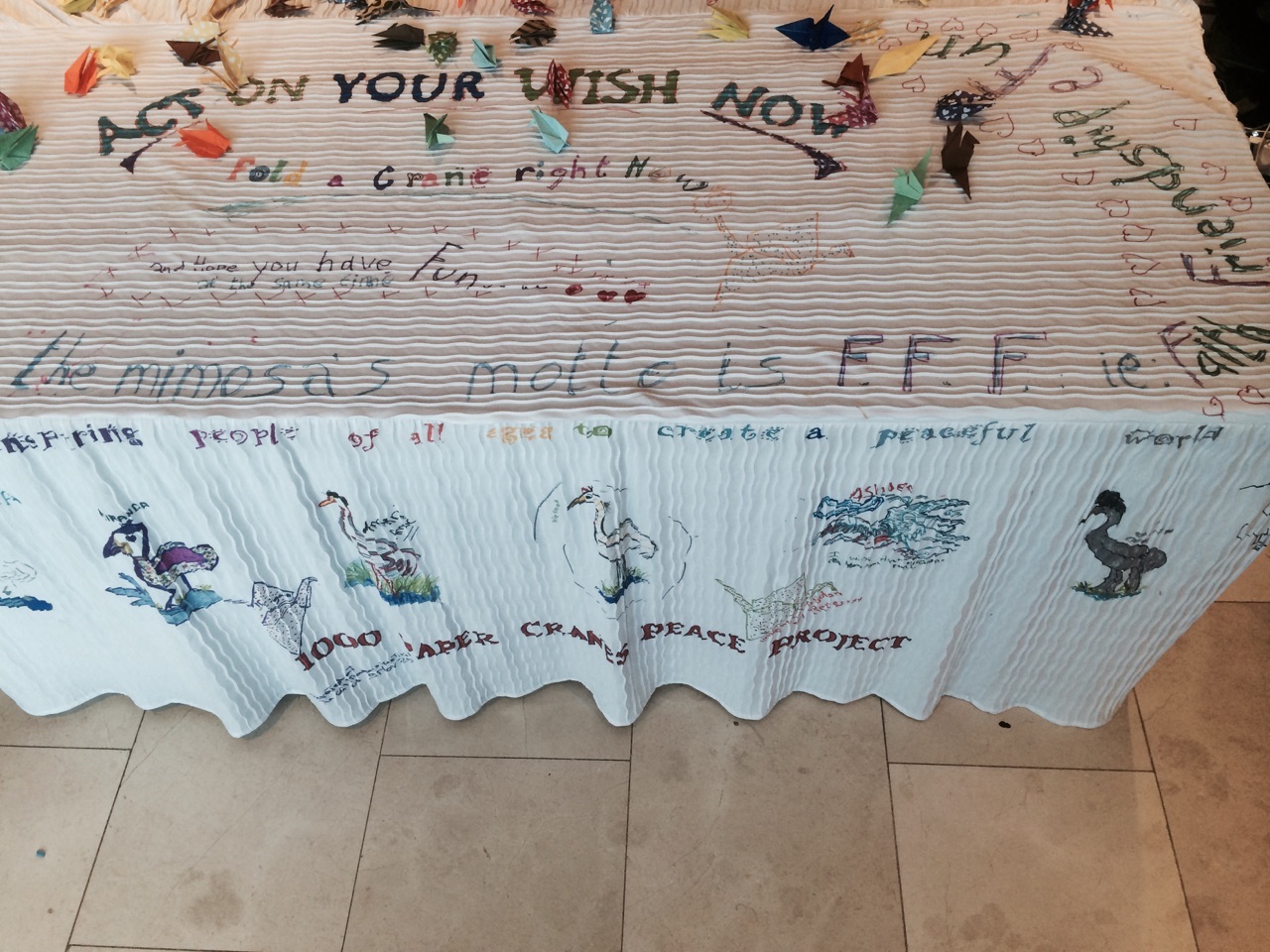 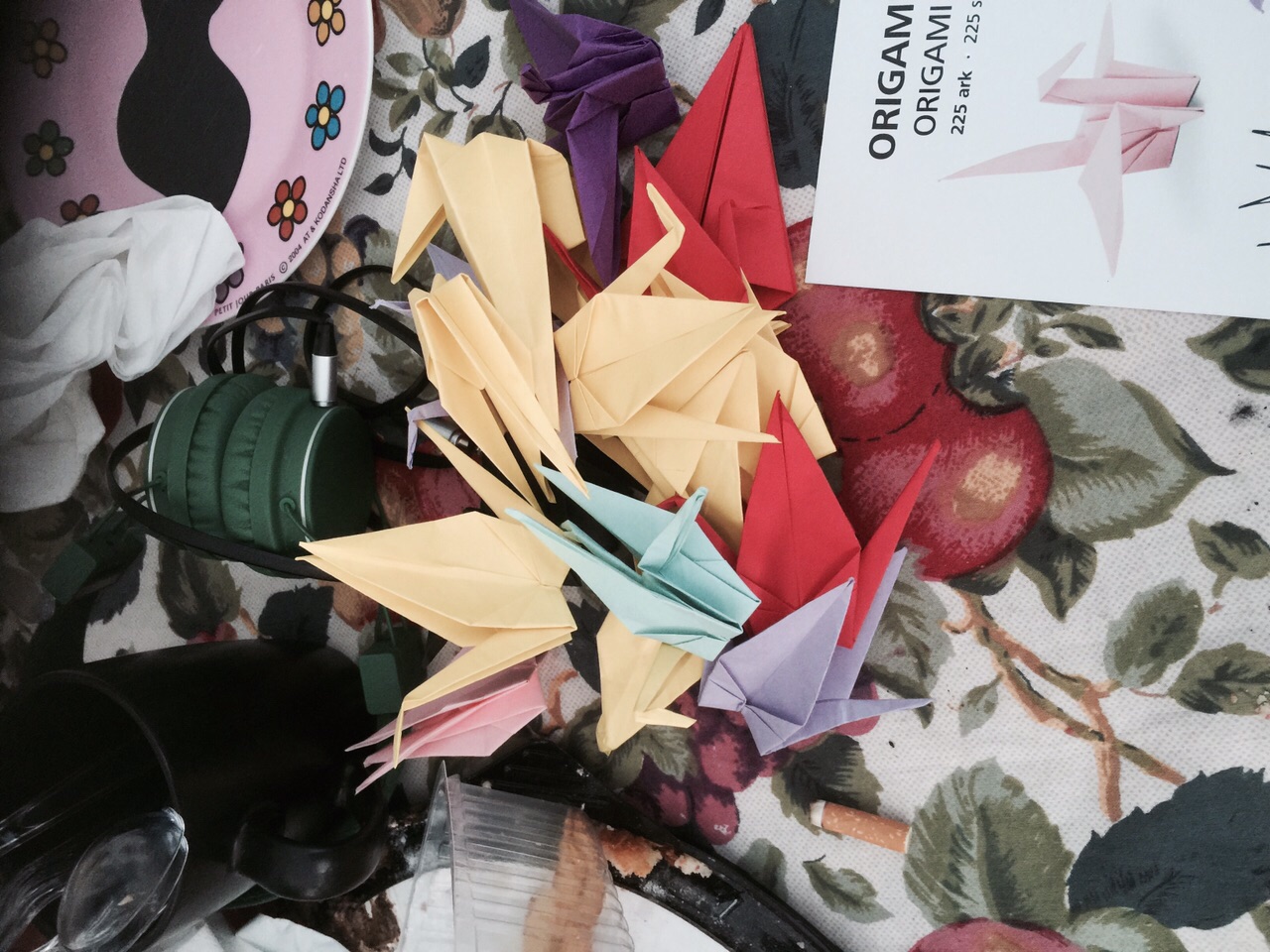 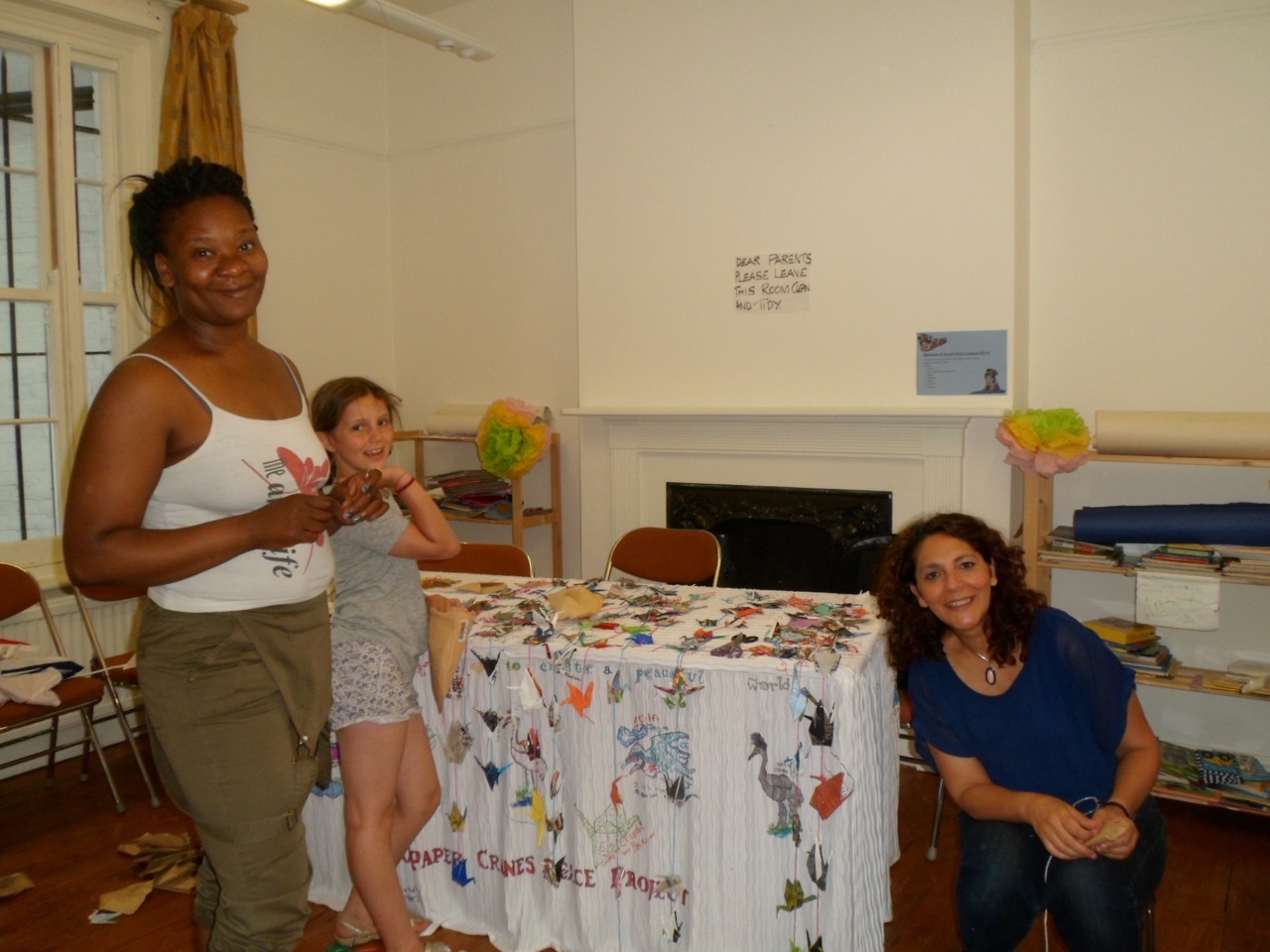 Lewisham Community has initiated this paper crane project for the children to promote world peace! 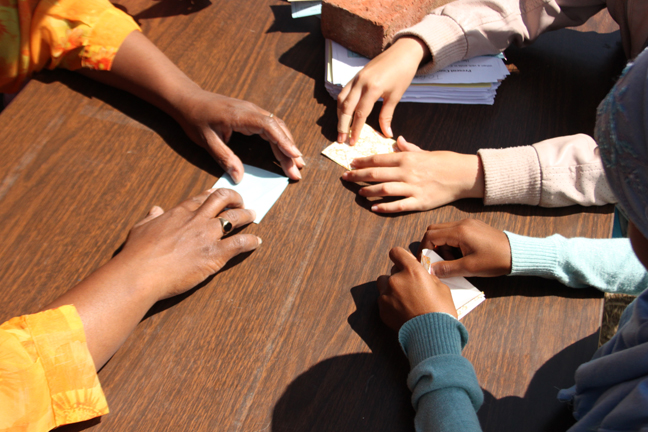 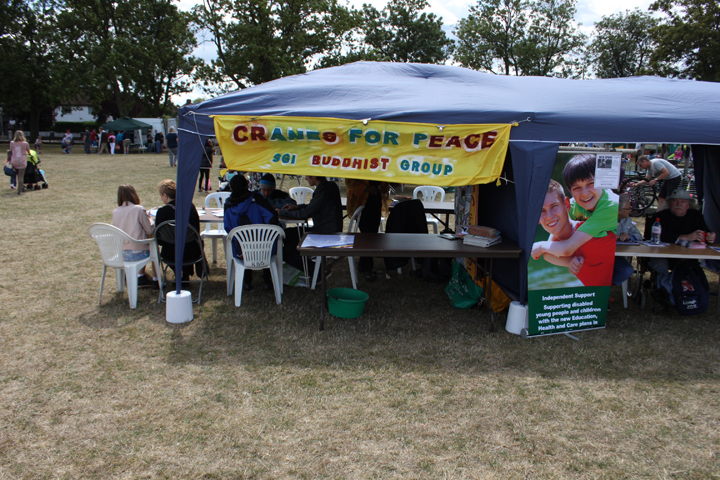 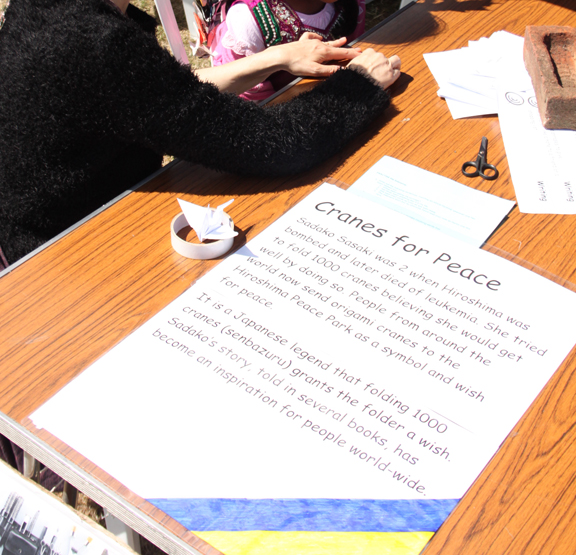 Help us spread the word by getting involved in the Peace Crane Project, whether it’s at your school, within your local community or at your workplace!  If you’re not sure how to participate, email us on:  enquiries@itsqa.com, or

We are very excited to be bringing the Peace Crane Project back to TEDxYouthCroydon again this year and hope to teach as many people there as we can to make paper crane origami and to take part in this noble cause.  Why not visit us at TEDxYouthCroydon?  There were some phenomenal speakers on stage last year and this year, the line-up is just as great.  Read the highlights from last year here and keep checking back on their website for more information about this year’s event – we hope to see you there!